HOW WE RECORD THE NEWS

Now operating entirely from home, we receive the newspaper pages by courtesy of the Woking News & Mail. The articles are allocated to the reading team for the week, issued by email. Using a microphone connected to their computer or by using a Smartphone, the recordings are uploaded to a shared folder in “Cloud Storage”. Once all files are present, they are collated and equalised for recording volume and then prepared for distribution.

HOW WE DISTRIBUTE OUR RECORDINGS

Our weekly recordings are distributed by post on thumbdrives,

often called USB sticks, like the one in the picture. Listeners usually receive this on the day after the recording is made and, after listening to it, return it in the wallet provided for re-use. The thumbdrive contains a week’s recording which is divided into ‘tracks’ each lasting two or three minutes.

HOW YOU CAN LISTEN 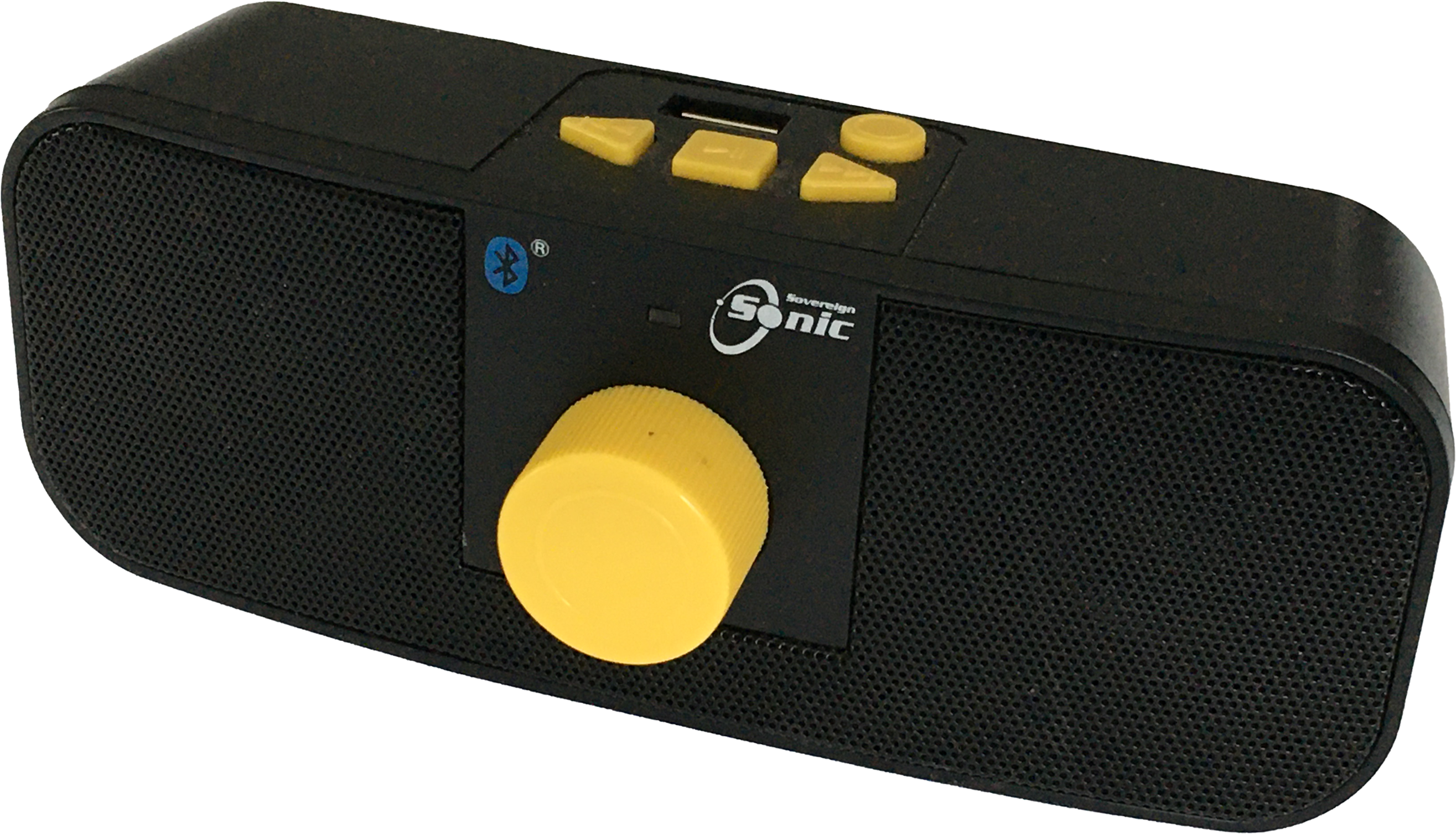 player shown on the right, which we may be able to provide to those who need one. The player is quite small, only about seven inches wide. It is powered by mains or batteries, and very easy to use. After switching it on you simply insert the thumbdrive into the socket on the front and it will play the tracks in order automatically. The four buttons in a line in the centre allow you to control the volume, pause the play or jump to the previous or next track.

HOW THIS BECAME POSSIBLE

On May 6th 2010, we launched a new system for recording and distribution of the weekly talking newspaper. Since its inception, we had used an analogue audio cassette based system and we felt it was time to move on. The maintenance costs for the high speed tape duplicators were threatening to be high and faced with that, we researched alternatives. 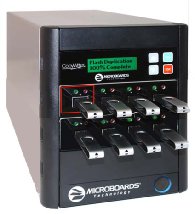 talking newspapers including the USB duplicator shown here which is used by our copying teams. The result was that, with the grateful help from the Woking District Rotary Club, Woking Rotary Club, Woking Lions and Woking Round Table, we received a donation that enabled us to replace our tape system with a digital one.

We were also fortunate to receive the gift of a new laptop computer from a local businessman which, together with the new software, forms the core of our new system.